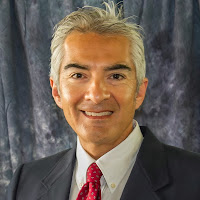 See all posts regarding Common Core.

CVE president Manuel Yvellez won office last August by promising to protect teachers from the District's implementation of Common Core standards. He said he'd insist on extra pay for teachers since they would have to design their own curriculum for Common Core.

But how does he propose to show that any given teacher actually designed an effective curriculum?

Here's an obvious way to figure out which teachers designed a good curriculum for Common Core: look at the test scores of their students. Would you agree to that, Mr. Yvellez? Unfortunately, the teachers union (CTA) has been reluctant to approve effective evaluations of teachers, with or without test scores.

WHY IS TEACHING MATH SO DIFFICULT FOR SO MANY TEACHERS?

I've been thinking about Mr. Yvellez' complaints about the strict timelines for sixth grade Common Core math lessons. This led me to ask myself why teaching math is so difficult for so many teachers.

Of course, there are many reasons, including the fact that most teachers were poorly taught when they themselves were students.

But another reason is that teachers simply don't want to be bothered. They have their way of doing things, and anyone who does things differently should get out of their school or, better yet, out of their district. I have noticed a couple of what I call "lazy teacher syndromes" among teachers at CVESD:

Lazy teacher syndrome #1: I can't be bothered with kids who are behind

At Castle Park Elementary, I was on the math committee with the Teacher of the Year. She stated, without embarrassment, "I don't have time to teach the kids who are behind." Many teachers can't be bothered to figure out how teach more than one level at a time. These teachers certainly shouldn't be paid by the district to develop curriculum.

Lazy teacher syndrome #2: It's not cool to know math

At other schools I taught at, teachers frequently boasted about how they couldn't do their own offspring's elementary math homework. They felt no shame, no embarrassment. They didn't sit down and study their kids' math books. It was apparently considered cool to be a college graduate and math teacher who couldn't do elementary math.

Another teacher at CVESD announced at lunch that there was a problem in the third-grade math book that she couldn't do, her students couldn't do, and none of the parents could do. "It can't be done," she stated. I offered to help her, and after school she showed me a word problem. As soon as I explained to her that the problem involved a number sequence, and that she just had to figure out what number came next, she immediately knew the answer.

This teacher wasn't lazy. And she appreciated the help I gave her.

But other teachers resented my thinking that I could solve a third-grade math problem. It is simply not considered cool among many CVESD teachers to be able to do elementary math. Being clueless is the way to popularity. 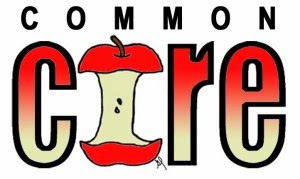 MUST MATH BE TAUGHT IN THE EXACT SEQUENCE CONTAINED IN MR. YVELLEZ' TEXTBOOK?

Mr. Yvellez complains in his campaign speech (see video below) that Common Core sixth-grade math topics such as fractions and decimals are taught in a different sequence than in his text books.

The Common Core timelines will work just fine if teachers teach basic number concepts in depth, WHILE TEACHING KIDS SIMPLY TO VARY THE WAY THE NUMBERS ARE WRITTEN, AS SEEN HERE:

There is no need to do advanced fractions before starting decimals and percentages and ratios. In fact, each concept can easily be combined, and should be combined, with the other concepts. 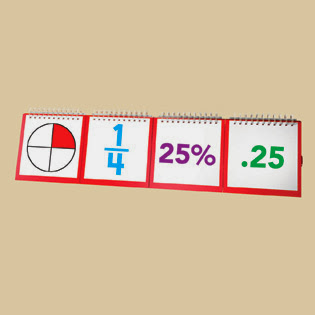 The sixth grade math Common Core standards that Mr. Yvellez rants about in his video (see below) specifically instruct the teacher to use VISUAL AIDS.

JUST DRAW A PICTURE! USE THE WHITEBOARD! THAT'S WHAT IT'S FOR!

AND THEN, HAVE THE KIDS DRAW A PICTURE!

MATH CAN BE BOILED DOWN TO ONE SIMPLE GOAL: finding different names for a number.

2 plus 2 is one name for a specific number. 4 is another name for that number. If you draw a picture, you see that 2 is half of 4.

The relationship between any two quantities can be expressed as a fraction, decimal, percentage or ratio.

ALL students can benefit from review of basic concepts. After the teacher has presented the basic concept, the advanced students can be challenged with more complicated problems on one side of the whiteboard, while proceeding with more basic ideas for the kids who are at or below grade level.

It can be done. I know, because I did it for years.

It's simple. You just divide the whiteboard in half, and let kids decide which problems they want to do, the easy ones or the hard ones. I liked to put my low-achievers in the front of the room, and the high achievers in the back. I went from side to side of the whiteboard, teaching one type of problem while the other group worked on its own.

I also had a clipboard with every child's name on it. I'd instruct the kids to cover their answers as soon as they were done. I'd come around and they'd show me, and I'd mark down if they had it right.

My kids did terrific on standardized tests.

And we had fun. We all loved math.

Here's the 9 minute 16 second campaign video of Mr. Yvellez from YouTube. In it, Mr. Yvellez talks about how Common Core math standards might hurt students:

No teacher should teach in a way that harms students, and then blame Common Core. There is simply no excuse for such behavior.

And what about the District's responsibility?

Note: Mr. Yvellez' CVE election victory was probably also helped by his PERB complaint about election irregularities. Here is a partial decision from the PERB board that includes a mention of this and other CVE problems, including the bizarre mid-term exit of former CVE President Peg Myers.

Are some school districts misusing Common Core, rejecting the idea that concepts should be taught in depth?

I've been thinking about this issue, and I believe that Common Core is NOT being misused. Teachers can and should teach basic concepts in depth. They just can't go on and on for months teaching the details of a single basic concept. They have to create a broad understanding in their students of multiple basic concepts.

Common Core timelines can work is to teach basic concepts in depth by teaching the relationships between a variety of numerical conventions, such as fractions, decimals, percentages and ratios at a simple level for kids who are behind, while at the same time giving advanced students more difficult problems. It can be done. I know, because I did it for years. ALL students can benefit from review of basic concepts. Then the advanced students can be challenged by presenting more complicated problems on one side of the whiteboard, while proceeding with more basic ideas for the kids who are at or below grade level.

Comment on "Teachers can be bullied, too"
by Margaret Berry
Teaching Tolerance
3 November 2013

No one ever said teaching would be easy, but I never dreamed that with more than 27 years under my belt I would be treated like an outsider.

When I first read Common Core Standards I thought they would free me to teach my students what they needed when they needed it. I thought that with careful scaffolding and time, they would make progress. Little did I know that my school district would make Common Core more restrictive than a basal reading program. Who knew that someone with years and experience would be told, "not to worry, that mastery isn't necessary.... they will catch up next year or the next".
Posted by Maura Larkins at 12:16 PM

Mr. Yvellez is my music teacher in slat creek elementary school and he sucks.